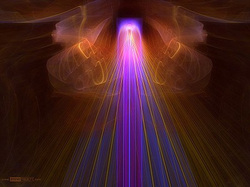 The air was shrill that night. Noone will ever forget how cold the air was, or what came next; the changing of the world.

The heavens themselves opened, and the Great Dragons Roared around the world as the light of their godhood was nearly extinguished by a new dark plague that descended into the world.

Screeching with deadly cries from their ancient rest, they had finally been awakened. The Twilight. The slayers of the Ancient Ones.

The Great Dragon and his mate, Vecna, descended into the world with their brood to stop this madness from spreading, only to find the plague too great, to evil to contain. It infected those who approached it, like a virus, cursing any who were tainted by its touch to fall prey to the Final Twilight, the Lord of Eternity.

The Dragons were summoned, and war began. A mindless war, meant to protect the world as they had stopped Illerin. But it was not enough.

But it was not enough.

The Twilight was unending, forcing its way through the Reclamation portal. They tore apart the dragons, their guttural screams enjoying the carnage and silver blood of the great beasts.

All hope seemed lost, and the Great Dragons and the Gods themselves were forced back to a last stand at the foot of  Mount Fyzar. But then, there was the sound of a distant trumpet.

Throguh the reclamation Portal came armies, dressed in armor of pure light and robes of gold silk. They attacked the forces of Twilight from the Portal itself, forcing them away from the Portal as they sealed it. The Twilight screamed together, their voices causing mortal ears to bleed and the Gods to double over in pain. But these new soldiers were not effected.

Forcing the taint back to a distant corner of the continent, they finally revealed their names to the world, their leaders climbing high into the sky on pure white wings.

"We are the Dawnbreakers. And more of the Twilight are coming."