Knight of the Kingdom 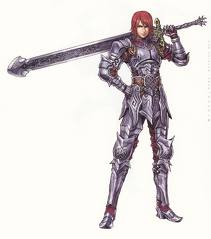 Often mounted, Knights of the Kingdom are the cavalry of the Army. They fight for the King and the Royal Family alone, forming his private military force. Their skill on and off horseback has led them to be named "Riders of the East" by the Jillecai, who saw first hand what their lances could do in combat.

While riding a horse, Knights gain a special attack called "Charge" if they are wielding a spear or Halberd. This reduces the reach of the spear/halberd to 1m, but does triple damage. This attack can only be used once every other turn, and ONLY on horseback.