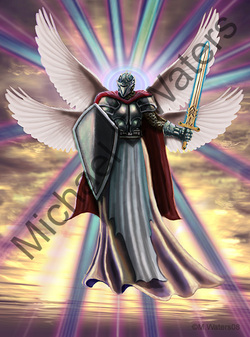 "We are here to stop you fools from tearing this very existence apart."
-Grand Councilor Michael, Shortly before the revelation of the Dawnbreakers

The silence of Eternity cannot hold them. The beating hearts of the Souls too pure, too fragile for this world. They are cast out of the Void, throwing themselves back into the world with but one name on their lips.

Fighting for justice, order, and the very souls of the people who work against them, they are often called excessive and violent by those who wish to bring them down, fighting against their work to right the wrongs in the world.

Some say they were made by the Great Dragon.
Others say they are the Ancients themselves, reborn to the world to bring light from the darkness.

Their true nature eludes even the Six Scholars, whom knew nothing of their very existence before the New Age. However, their powers are unmatched, be it by Dragon or Mortal alike, none can surpass their ability to speed and magic.