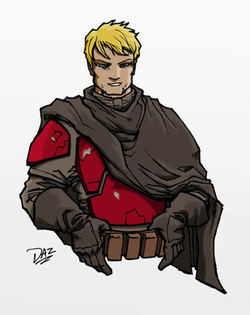 Nobles of the Court of the Humans, the Nobility are decendents of the Generals who fought in the Human-Demon wars. When the humans reformed into a Monarcial Democracy, the nobility split into the Three Houses, each vying for power within the Court.

The Nobility lead a pampered lifestyle, having anything and everything they have always needed or wanted, raised with feasts and prosperity, and plenty of servants. Noble humans are raised to despise peasantry and make the people follow the King.

Players who chose the Nobelman class are required to swear allegiance to one of the Three Houses of the Human Kingdom. The houses are as follows:


House Panther: Most prominent of the three in Council meetings, House Panther is an advocate for military might and defenses, rather than offensives.

House Lion: Advocate of offensive maneuvers, House Lion was the one most harmed by the Human-Demon Wars, and consequently is the most racist.

House Falcon: The mediators and guardians of the Council, House Falcon try to keep everything balanced. Close friends of the Order of the Way, they believe balance should be maintained no matter what.