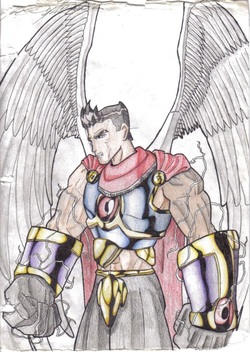 The warriors of Eternity are people infused with the light of the void to such an extent that their very eyes are the purest white.

Possessing unnatural strength, the Eternias work with the other Dawnbreakers to silence the Twilight forever, and bringing the world closer to the Light.

Eternias are normally gruff and hostile to those they do not know, preferring to fight rather than converse. Their way is to cut down any and all that are impure, be it woman or man.

Eternias are also named "Tempestsongs" because of their love of storms and rain, something that never happened in the Void.